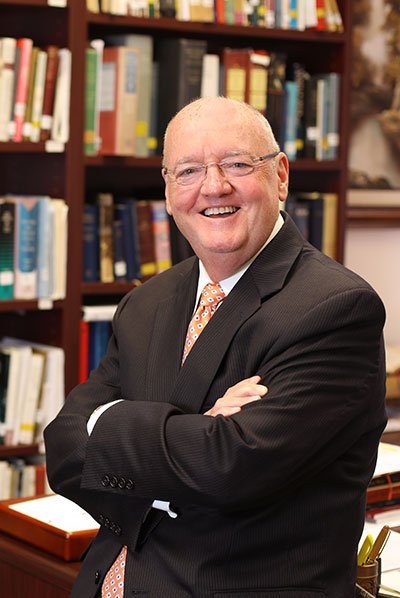 Dr. Randy Richards loves training students for ministry, both domestically and internationally.  He has been teaching New Testament since 1986 in Texas, Indonesia, Arkansas and now Florida. Dr. Richards joined Palm Beach Atlantic University as the dean of the School of Ministry in 2006 and served as Provost and Chief Academic Officer from May 2017 until June 2022. He is delighted to be returning to the classroom as Research Professor of New Testament.

Dr. Richards is a popular lecturer, speaker and preacher in conferences, workshops and churches. Dr. Richards has authored or co-authored nine books and dozens of articles, including A Little Book for New Bible Scholars; Rediscovering Paul; Paul Behaving Badly; Rediscovering Jesus; Misreading Scripture with Western Eyes; The Story of Israel; Paul and First Century Letter Writing; and The Secretary in the Letters of Paul. He is currently writing three books: What Went Without Being Said: Cultural Values in the Biblical World; Rediscovering the New Testament; and The Gospel of John (in the Word Biblical Commentary series).

His wife Stacia has joyfully accompanied him from jungles of Indonesia to rice fields in Arkansas to beaches in beautiful South Florida. They have two fine sons: Josh (Ph.D. 2012, University of St. Andrews, Scotland), a university professor in English Literature, and Jacob (Ph.D. 2014, College of Medicine, University of Florida), a manager at a major pharmaceutical company.